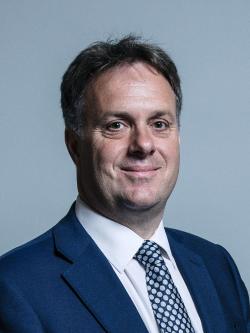 Following the decision by the Ministry of Housing, Communities and Local Government to recommend a proposal for local government reorganisation which upgrades North Yorkshire County Council to a unitary authority leaving City of York Council unchanged, Julian issued the following statement:

“Having been a strong supporter of the alternative East-West model, I am understandably disappointed that Ministers didn’t grasp the overdue chance to overhaul local government in North Yorkshire and York with a once in a generation opportunity to fix decades old failures.

I would like to be very clear that the decision to keep City of York Council in its current form should not be seen as an endorsement. How could it be? Having been subject of two (out of as total of five issued to upper tier councils since 2016) Public Interest Reports in recent years, which did not initiate any change or reforms to fix the errors highlighted, the council remains unfit for purpose. Officers and the councillors serving on the governing Executive continue to betray local residents as long as they turn a blind eye to these failures.

Furthermore, the arguments for East-West remain relevant and without any change City of York Council will always be too small to ever provide efficient service – in both delivery and cost. This has never been more obvious than recent weeks when face to face services continue to remain limited and green waste bins haven’t been collected for nearly six weeks under the excuse of coronavirus whereas other local authorities have been able to adapt to these challenges continuing to deliver frontline services.

I want to be clear that I love York and firmly believe it to be the greatest city in the world, but our local authority boundaries do not define us. York has a loud enough voice to have not feared joining with Ryedale, Selby, and Scarborough but the decision has now been made. Focus now must be on improving City of York Council and ensuring it works for residents before looking ahead to the proposed devolution deal which has the potential deliver jobs and major investment for our city. I will continue to lobby for what I think is best for York and putting my constituents at the forefront of every decision I make.”