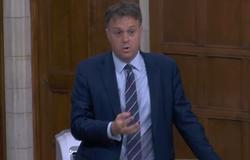 Julian today used a parliamentary debate to raise concerns about the attitude of NHS Property Services, the body deciding on the future of the Bootham Park Hospital site, and stress the importance of them involving local decision makers.

City of York Council is calling for NHS Property Services to halt its current plans to sell the site to the highest bidder, and instead allow the local NHS and Council to devise plans for the future of Bootham that provide the greatest possible benefits for residents of York.

The Council is working on proposals to use the site for new NHS facilities, housing for key workers like hospital staff, and a new public park. Earlier this week, the Leader of City of York Council Ian Gillies told Julian that NHS Property Services were not engaging with the Council on these ideas, and have not agreed to pause marketing the site, despite requests.

In the debate, Julian said: “One of the real problems we’re finding in York is that the NHS Property Services are very distant…..difficult to engage with, and really they need to sit down with local communities.…around the country, and physically engage with them about the assets that need to be reinvested back within those local communities.”

After the debate, Julian commented: “After hearing from Council leader Ian Gillies regarding the Council’s concerns about the poor engagement of NHS Property Services, I felt it was essential to put this on the parliamentary record, and ensure this was heard by the Health Minister present.

As a historic York institution and community asset, it is important that the development of the Bootham site reflects the needs of York residents, and is not sold off hurriedly by a remote state agency for money that disappears out of our city.

I will be raising the Council’s concerns directly with the Chief Executive of NHS Property Services, and also lobbying Ministers at the Department of Health. The needs of the local community have to be paramount in decisions on the future of such an established part of the fabric of our city.”