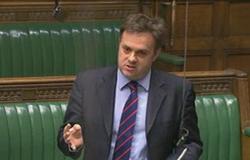 Yesterday, Julian raised his concerns about the future of flooding insurance in a passionate speech in the Commons.

The Statement of Principles – the agreement between the government and the insurance industry, which safeguards flooding cover – is due to expire in June this year. While negotiations for what will replace it have gone on for over a year, there has, as yet, been no announcement by the government.

After writing on numerous occasions to DEFRA Ministers about this issue, Julian made an emotive speech yesterday in which he outlined how gloomy the future could be for many of his constituents without flooding insurance. He particularly outlined the community of Naburn, who have been hit particularly badly by flooding in recent months and whom Julian has been working closely with to improve the village’s flood resilience measures.

In his speech, Julian said:

“With the terrible wet weather we have experienced over the autumn period, some homes in Naburn have been flooded numerous times over the past six months. Thankfully the people of Naburn have a strong sense of community spirit, they are Yorkshire folk after all, Mr Deputy Speaker. And they’re starting to pull together to do all they can to reduce the collective flood risk in their community, by working hard with the Environment Agency, the local authority and the local water and drainage boards to improve their flood resilience capabilities.

“The hard work, positive action and the sense of resolve I’ve witnessed in Naburn is extraordinary and the community should be commended for their collective approach to the problems they are facing. However, what my constituents and I fear is that their efforts could all be in vain if the Statement of Principles ends without a new agreement in place. Home insurance premiums would sky rocket for all residents in communities like Naburn, regardless of whether the property is actually susceptible to flooding or not. Some would lose flood insurance altogether.

“Given the fact that my constituents are prepared to come together; working as a community to face up to the flooding threat on their door step, they need the same commitment from the government and the insurance industry to do all they can to protect them from the worst excesses of flooding and an agreement which improves the availability and affordability of flooding insurance where flood resilience measures fail.”

To watch Julian’s speech in full press play below and skip to 15.50: