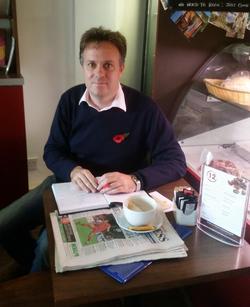 Julian has arranged a Local Plan drop-in surgery at The Old School, Rufforth House, Wetherby Road, Rufforth, for local residents in Rufforth and Knapton to talk about the proposals in their areas.

The Council have announced their latest draft of the Local Plan which is currently out for public consultation. The consultation is running for 8 weeks between 18th July and 12th September, and the latest proposals map, as well as the consultation document, can be found by following this link:

There are a number of changes proposed in the new version of the Local Plan in both Rufforth, Knapton and the surrounding area.

Julian will be holding the surgery with local ward Councillor Chris Steward, and is encouraging residents of Rufforth and Knapton who would like to speak with him about the proposals to come along for a chat and a coffee.