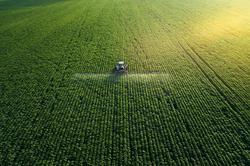 An influential grouping of cross-party MPs and Lords is calling on the Government to support changes to the Agriculture Bill which would pave the way for the UK to ditch damaging EU rules blocking access to precision breeding tools vital for agricultural improvement at home and overseas.

The All-Party Parliamentary Group (APPG) on Science and Technology in Agriculture, chaired by York Outer MP Julian Sturdy, has written to Defra Secretary Rt Hon George Eustice MP, urging the Government to introduce an enabling amendment during the Lords stages of the Bill.

The proposed amendment would provide new powers for Ministers to consult on and, if appropriate, make a simple change to the UK Environmental Protection Act giving Britain’s scientists, farmers, plant breeders and animal breeders the same access to new gene editing technologies as their counterparts around the world.

In recent years, the All-Party Group has taken a keen interest in prospects for advanced gene editing techniques such as CRISPR-Cas9 to deliver radical improvements in the speed and precision of crop and livestock breeding, opening up significant opportunities to keep pace with demands for increased agricultural productivity, resource-use efficiency, more durable pest and disease resistance, improved nutrition and resilience to climate change.

However, in July 2018 the Court of Justice of the European Union (CJEU) ruled that these promising new precision breeding tools should be regulated as GMOs, putting the EU at odds with how these techniques are regulated in other parts of the world, such as the US, Argentina, Brazil, Australia and Japan.

The CJEU ruling has been widely criticised by scientists, farmers, plant breeders and politicians as an unwarranted block to innovation vital for our response to climate change, food security and sustainable development.

UK Ministers have repeatedly indicated their fundamental disagreement with the CJEU ruling, and stated the Government’s view that gene edited organisms should not be subjected to GM regulation if the DNA changes could have occurred naturally or through traditional breeding methods.

This proposal offers a simple regulatory solution for this once the UK leaves the EU, which would be to exchange the current EU definition of GMO in the UK Environmental Protection Act for a definition compatible with the internationally recognised Cartagena Protocol – to which the UK is a signatory. This would re-align the UK with the regulatory stance of other countries around the world whose scientists, plant and animal breeders, farmers, consumers and environments are already benefiting from access to these valuable precision breeding technologies.

“We have a unique opportunity, through the Agriculture Bill, to put in place enabling arrangements which will give force to the changes Defra Ministers have repeatedly indicated they wish to see, and which will mark an important first step, in the words of our Prime Minister, to liberating the UK’s extraordinary bioscience sector.”

“This amendment is also about scientific democracy, not only giving SMEs and public sector research organisations the same freedom to access these techniques as their counterparts around the world, but also freeing up Britain’s fantastic research scientists to develop traits which will support more sustainable farming systems in less developed parts of the world.”

“These steps will provide an important signal that as we emerge from the COVID-19 crisis we will use the best available science to address critical challenges of climate, food security and nutrition, global inequality and sustainability while at the same time supporting the rural economy and strengthening the UK’s position as a global hub for investment and research.”

This APPG initiative has attracted widespread backing across the scientific, farming, plant breeding and international development sectors. Today, a letter from the heads of UK agricultural research institutes and university departments has been submitted to George Eustice expressing 100% support for the proposal, alongside an open letter of support from the British Society of Plant Breeders (BSPB).

“Now is the time to take positive action on this issue, not only to support a productive, competitive and resilient food and farming sector in the UK with access to the same tools as producers elsewhere, but also to improve British scientists’ ability to support major global challenges such as food and nutrition security, climate change and sustainable development. As we chart our recovery from the devastating Covid-19 crisis, ensuring our scientists have access to the best available technologies and can conduct their research in a proportionate and enabling regulatory environment is absolutely critical.”

“I see this amendment as an opportunity that simply cannot be missed, to put the UK in a world-leading position to showcase sustainable climate-friendly farming. Delivery of the Prime Minister’s wish to “liberate the bioscience sector” requires a regulatory system that is fit for purpose.

“The cost of not taking this opportunity is the UK being unable to make use of a set of breeding tools that are already being shown to offer solutions to intractable problems such as the need to protect plants and animals from disease; the need to use fewer resources while maintaining or increasing quality and yield; and the need to produce more nutritious and more sustainable food for both domestic and export markets.”