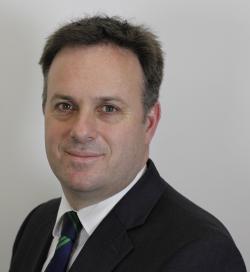 Julian has today held a debate on the accountability of Ofsted in response to concerns raised by teachers and parents in Naburn about the limited options for the school to challenge the outcome of a recent inspection.

In March of this year an Ofsted report was published which rated Naburn Church of England Primary School ‘inadequate’, raising questions over its future and triggering a process by which it has to become an academy.

Concerns have been raised however about the conduct and findings of the Ofsted inspection, coming just 24 days after a new Headteacher took up post. Ofsted were also criticised for giving insufficient weight to the reasons for low attendance rates among the high proportion of students from the traveller community.

During the debate, Julian highlighted Naburn’s case and talked of the feeling of powerlessness felt by all involved over the lack of a binding independent appeals mechanism. Mr Sturdy drew on a survey conducted by the parliamentary authorities in advance of his debate which attracted contributions from nearly 2000 teachers and governors across the country, providing invaluable information of their experience of Ofsted inspections and the appeals process.

After speaking in the debate, Julian said:

“After attending a packed public meeting about the future of the school in Naburn it was clear that the overriding view amongst parents and teachers was one of frustration. Whilst the school acknowledges many of the points raised in the Ofsted report, there remain issues on which it feels it did not get a fair hearing. Given the profound impact that the report will have for the school’s future it is important that it is given every opportunity to make its case, something that it is simply is not afforded under the current appeals procedure.

I was very grateful for the contribution of nearly 2000 teachers, parents and governors, including many from York Outer who took the time to fill out my survey in advance of the debate. This allowed me to draw from the experience of those who have dealt with Ofsted first-hand in making a positive case for an enhanced independent appeals process to add an extra layer of accountability to the current system under which Ofsted are allowed to mark their own homework.”