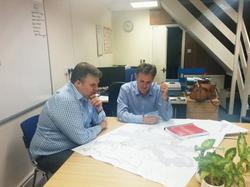 Julian has reacted to a crucial vote of Councillors at last week’s Local Plan Working Group meeting, which saw the Local Plan progress on the only very slightly reduced housing figures of 926 dwellings per annum.

Officers had put forward four different options for these figures ranging from 996 to 926, based on their adjustments of the existing evidence base, but Julian had hoped members would reject all of these and force Officers to review the housing requirements data itself.

Reacting to the news, Julian said:

“I am extremely disappointed to see the Local Plan progress on an unsound evidence base and on housing figures which I maintain are still wholly unsustainable for a historic cathedral city surrounded by beautiful green fields. While the housing figures have come down, it is only by a marginal amount and will only see approximately 1000 houses removed from the 16 year total. This will not be enough to satisfy the thousands upon thousands of local residents who have objected on the basis that the Plan will see development swiftly outpace investment in our infrastructure and far too much of our precious greenbelt concreted over. This remains a Plan which is based more on the ambitions of a few politically driven Councillors than the wishes of local people.

“While opposition Councillors from different parties were almost successful in voting together to force a review of the evidence base, I am deeply frustrated that a group of Labour members, who were sadly joined by Conservative Councillor Joe Watt, were able to vote through the 926 figure. I am saddened and personally feel let down by the actions of Councillor Watt, who only the other Saturday joined me at one of my public meetings rallying against these housing figures and the Local Plan as it currently stands. And I know that the Conservative Group Leader Chris Steward was as shocked as I was by Councillor Watt’s vote.

“Sadly in a misjudged wish to move the plan forward Councillor Watt voted against the evidence, the will of the Group and how he had said he would vote ahead of the meeting. The Conservative Group position is clear that there is still much more work to be done on bringing down the proposed housing demand and as we have for years we continue to fight for this.”

“Not only is their decision incredibly short-sighted, it recklessly validates what remains an incredibly dangerous vision for our great city and its surrounding communities. Moreover it is completely self-defeating. These Councillors say they want protect the greenbelt by getting an adopting Local Plan in place, but sadly I fear it is the Local Plan itself which, in its current form, is posing the greatest risk to York’s beautiful countryside setting.

“Despite this setback, I will continue to do all I can alongside Councillors, community groups and local residents to push for substantial reductions to the overall housing numbers. In addition I will be lobbying for greater weight to be given to the primacy of our greenbelt and the inadequacies of our infrastructure when determining how much development York and its surrounding villages can cope with in the future.”

Now that the figure of 926 dwellings per annum has been agreed, Officers will begin to draw up recommendations for how this slight reduction of houses should be reflected on the proposals map. Members of the Local Plan Working Group will likely meet to discuss these recommendations in January and if agreed, the Plan will then go to Cabinet to be voted out to consultation.

If no further obstacles are encountered, the statutory six week consultation may begin at some point in February.