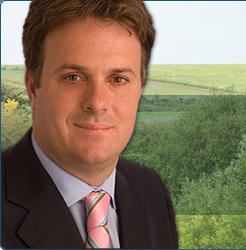 Following the high profile of the recent same sex marriage debate in Parliament, Julian has written out to all constituents who have been in touch about the matter over the past few months. A copy of Julian’s letter can be viewed below:-

As you will know, the difficult and sensitive issue of same sex marriage was debated in the House of Commons yesterday. Having previously corresponded with you about the subject, I wanted to get in touch to offer a frank explanation of how I decided to vote.

The prominent, and at times sadly divisive, public debate on same sex marriage seemed to rumble on for a number of months. Throughout this time, various campaigns were set up to illustrate the strength of feeling that the introduction of same sex marriage clearly provokes on both sides of the argument. I decided at an early stage of the debate, therefore, not to be swayed by any such groups or indeed by any political motivations or pressures.

Rather, I have sought to wrestle genuinely with the big questions posed by this legislation. There are times when politicians have to make difficult decisions based on their own conscience, and so it proved yesterday. Nevertheless, after many months of consideration, I decided to vote against the introduction of same sex marriage.

My decision to vote against the proposals reflected my profound fear that religious freedom could be challenged and threatened by same sex marriage. Those who hold religious faith in this country, particularly Christian beliefs, have been marginalised, undermined and all too often dismissed in recent years. Whilst unlikely in practice, the prospect that same sex marriage could lead to religious organisations or ministers being legally challenged or socially pressurised to carry out such ceremonies on their premises is, in my view, both unacceptable and divisive.

At a time when our country continues to face unprecedented financial difficulties and a host of pressing political problems, I regret that so much time and attention has been drawn to something for which there existed so little discussion on the doorstep ahead of the last General Election.

Moving forwards, I truly believe that parliamentary time and effort must now focus once more on restoring economic health to our country. In addition, I shall continue to campaign locally on the many issues facing residents across York Outer.

Thank you again for taking the time and trouble to contact me over the past few months.