Julian discusses Transport and Infrastructure with City of York Council 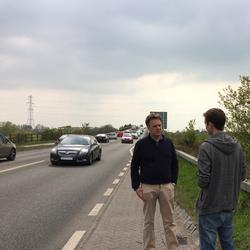 Last week, Julian met with representatives from City of York Council in West Offices to discuss a number of matters relating to local transport and infrastructure.

Julian was very much encouraged to hear that the Council has secured £300,000 to conduct a development study into fully dualling the A1237. This exercise will consider the strategic case and feasibility of significant upgrading and represents a vital step towards delivering this substantial project.

Speaking after the meeting, Julian said: “I have pushed the case for upgrading the ring-road since first elected in 2010, but always remained honest about the considerable challenge it represents. Nobody is simply going to hand over £200-£300 million to push ahead with full dualling at this stage because we have a number of hoops to still jump through. A comprehensive feasibility study is a big part of this and will provide City of York Council with the necessary evidence and clarity to make the strong economic case to secure funding.

Further details were discussed regarding York Station and an application made to the West Yorkshire Transport Fund scheme for £35 million in order to improve the frontage and rear of the building over the next five years. HS2 was also discussed and Julian was informed that these services would have a considerable impact on the workings and logistical operations of the station.

Julian was also keen to speak with the Transport, Highways and Environment team about the recently awarded Low Emission Bus Scheme and the aim of delivering a fully electric Park & Ride service in York, as well as progress on the York Central site.