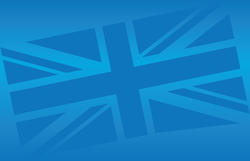 Julian has welcomed the outcome of the Independence Referendum in Scotland, which saw the ‘No’ campaign winning by 55% to 45%. This was a clear and decisive result for the ‘Better Together’ campaign.

However, as the leaders of the parties have all made clear, a vote to stay together is still a vote for change, and the Prime Minister has now briefly outlined what these changes will entail.

In the next few months a new and fair settlement for Scotland will be laid out and passed, accompanied by a new and fair settlement for all other parts of the UK. The Government plans to grant Scotland powers over taxation, welfare and spending, and in doing so will tackle the long disputed West Lothian Question, ensuring only MPs from England, Wales and Northern Ireland can vote on these same issues when it impacts them.

“I am absolutely delighted that Scotland has voted to remain in the UK and in such a decisive way. This is not only an important decision for Scotland, but it also has huge implications for the rest of the Union and particularly where our economy is concerned.

What the referendum has done is open up a wider debate in the UK on devolution and for me what is paramount is that it is absolutely fair to everyone. I would support any measures to limit votes on England-only issues to English MPs, but I would be concerned about adding any unnecessary layers of bureaucracy in the form of an English Parliament.”