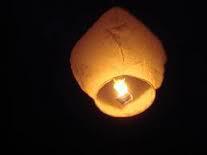 Local MP Julian Sturdy has called on the Government to consider banning Chinese Lanterns, which he branded “Flying Death Traps” in light of the destructive consequences that can result from stray lanterns.

In DEFRA Questions yesterday in the House of Commons, Julian raised the concerns of farmers around York. He said: “Following the new year celebrations, farmers in my constituency have voiced their concerns about the dangers of Chinese lanterns, not only to the welfare of their livestock, but to property and, ultimately, their livelihoods. Following bans in Germany, Spain, Australia and much of South America, is it not time to consider banning these flying death-traps?”

In his response, the Minister, George Eustice MP, assured Julian that the Government shared his concerns about the potential risks. The Minister went on the say that the Environment Department “commissioned an independent study, which was published in May last year, and it concluded that the overall impact of sky lanterns on animal welfare was quite low. We are therefore focusing our efforts on ensuring that people are aware of the risks and trying to improve voluntary action to deal with the problem.”

After DEFRA Questions, Julian explained that whilst other MPs were supportive of his calls for action, he had hoped for a more “robust” response from the Minister. He went on to say “It is clear that I am not alone in recognising the problems Chinese lanterns can cause. Across Yorkshire there have been reports of the coastguard mistaking the lanterns for distress flares and launching unnecessary rescue missions. Some farmers have even resorted to fitting magnets to their cattle’s stomachs in an effort to stop them from suffering a slow and agonising death after eating discarded lantern wiring.

“Following news of lit lanterns narrowly missing farm buildings containing highly flammable straw, it is absolutely essential we take the necessary action now before a tragedy occurs, as has been the case in other countries such as Germany where Chinese Lanterns are now largely banned. I would be very grateful if constituents could get in touch with their views so that we can work towards a sensible solution”.