Julian calls for Badger Oral Vaccine to be Prioritised 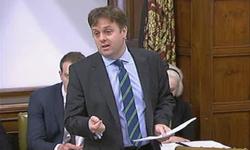 The pilot badger culls have now been carried out in the two designated areas, and many concerns have been raised over whether the cull should be extended. Julian has received a large volume of correspondence from constituents who are very concerned over the culls, and has explained that he sees the cull as an interim measure ahead of work on a viable, deliverable and safe vaccine. He believes that a vaccination programme will be an essential part of the long term strategy to eradicate bovine TB however, no vaccine formulation has yet been proved effective or safe enough to support a licence application. This unfortunately could take a number of years and we simply cannot wait for the problem to get worse which is why Parliament has introduced a cull.

Yesterday Julian attended a Westminster Hall debate on Badger Vaccines, in which he stated:

“I congratulate my hon. Friend on securing this important debate. Most people in the Chamber fully support the principle of vaccination, but when talking about funding, do we not have to be realistic? An oral vaccine is the only long-term solution to the problem, so is that not where all the money and funding needs to be targeted by the Minister and his team, rather than on the injectable vaccine, which is not really a long-term solution?”

George Eustice MP, the Parliamentary Under Secretary of State for DEFRA, welcomed the debate and accepted the widespread agreement that there is a role for vaccination of both cattle and badgers. He stated that successive Governments have invested more than £43 million on vaccine research and development since 1994, and the coalition Government will have spent at least a further £15 million. Over oral vaccinations he stated that:

“A badger vaccine could be administered orally through baits. It would be more practical and potentially cheaper, which is why DEFRA continues to fund that. It is not true that we have cut expenditure on that. We are, as I say, still spending about £4 million a year in total on developing cattle and badger vaccines.

There are things that we would need to resolve when it comes to the development of an oral vaccine. We would need to work on the safety and effectiveness of the vaccine formulation and make sure that we can deploy the bait to attract the maximum number of badgers. One of the problems is that badgers will not take the bait that is used, so it is important to have the right bait.

Another problem can be that one badger might eat all the bait and another badger might not get any, so there are challenges. We also have to deal with the potential impact and safety for other wildlife. There is still further work to do, but we are committed to taking it forward, and we are clear that that ongoing work will play a role in our strategy.”