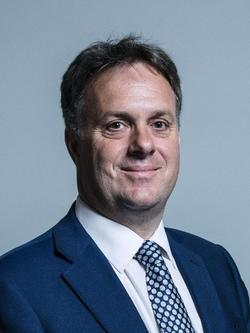 Julian has applauded the progress that his preferred candidate in the Conservative leadership race, Boris Johnson, has made during his first week in office.

It comes after a radical Cabinet reshuffle and numerous policy announcements by Mr Johnson, including a new high-speed rail line between Manchester and Leeds. The new Prime Minister has also pledged to recruit an extra 20,000 police officers, fairly distribute education funding throughout the country and rollout super-fast broadband to all households by 2025.

“I welcome the election of Boris Johnson as Conservative Party Leader and Prime Minister. He has made a promising start in government and shown that he has the ability and flair to conduct the remainder of the Brexit process in an optimistic spirit.

I was also encouraged by his commitment to the £39 billion Northern Powerhouse Rail project, which promises to transform connectivity in the North. I look forward to delivering Brexit and concentrating on this positive domestic agenda.”