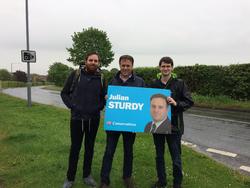 Sadly, the weather wasn’t too kind to those delivering leaflets to residents in Woodthorpe with Julian. The rain certainly didn’t dampen any spirits and Julian will be back in the patch very shortly. 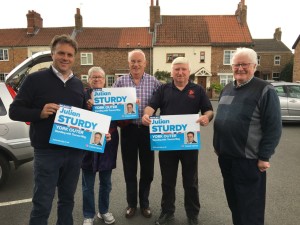 Julian joined Cllr John Galvin and supporters in Bishopthorpe. Everyone received a warm response in the village and Julian managed to speak with a number of residents who had the time for a chat. 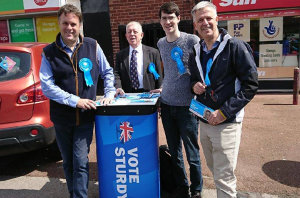 A delightful morning in Rawcliffe with all three ward Councillors. The group set up a street stall and discussed a wide range of local issues with those residents heading out to the shops. 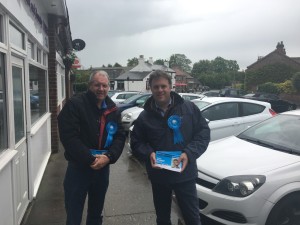 In Copmanthorpe with Council Leader, David Carr. The election campaign is in full swing and it was great to see plenty of residents out and about despite the damp weather. 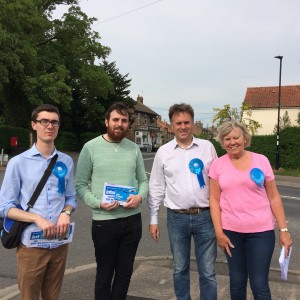 A pleasant afternoon in Strensall with campaigners. Campaigners were delivering the latest ‘In-Touch’ to the village and inviting residents to a drop-in surgery. Julian was pleased to catch up with supporters and was encouraged by the many kind words for Theresa May.