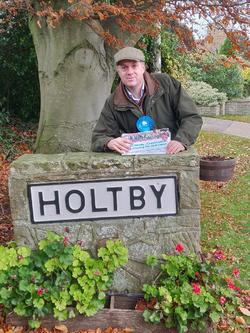 This last week Julian was out and about meeting residents in Rawcliffe and Clifton, updating them on Conservative proposals to increase funding for every school, recruit 20,000 new police officers and put an extra £33.9 billion per year into the health service.

He also spent time in Heworth Without and Osbaldwick, discussing his record on delivering improvements in local transport infrastructure, and plans to push for more.

On Thursday, Julian had a cold early start in Holtby, before moving on to Dunnington. Friday saw Julian in Elvington and Wheldrake.