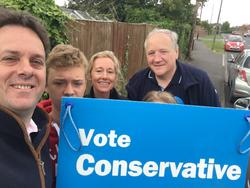 Early in the day, Julian visited Dunnington and attended a coffee morning in support of Dunnington in Bloom. This event raised over £600 and Julian was particularly impressed with the delicious chocolate from Choc-Affair, a York-based confectionary producer. 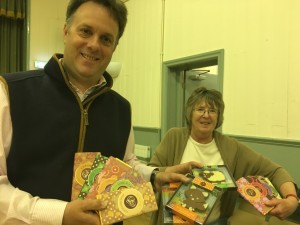 Dunnington in Bloom return to the Yorkshire in Bloom competition this year and look forward to refreshing some of the flower beds around the village. Residents are also encouraged to join the group on a Wednesday morning – everyone is very welcome.

ing response in Haxby and Wigginton on Saturday. There was a great turnout of supporters and Julian was delighted to speak with many residents in the village.

Julian went for lunch in Haxby at Miller’s Fish & Chips. Julian went to visit proprietors Dave and Nick Miller in February to after Miller’s won the ‘Best in North East England’ title as well as third place for Independent Takeaway Fish & Chip Shop of the Year at the National Fish & Chip Awards 2017.