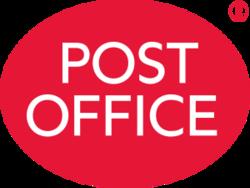 Julian is encouraging New Earswick residents to make alternative plans during the upcoming refurbishment at the Folk Hall post office.

Julian was recently informed by the Post Office that an extensive refurbishment will be taking place between Friday 9 March and Tuesday 3 April 2018.

The Folk Hall branch is an important community asset for New Earswick residents and Julian is pleased it will be receiving some important upgrades. The post office in New Earswick relocated to the Folk Hall in January 2017 from its previous location, which had been without a parcel and letter sending service for some time.

The nearest alternative post office is the Brockfield Post Office on Brockfield Park Drive in Huntington. There is also a branch on Huntington Road nearby as well.

If residents have any concerns or queries about the upcoming renovation then Julian would be more than happy to make representations to the Post Office. Julian can be contacted at: julian.sturdy.mp@parliament.uk or you can ring the constituency office on: 01904 784847.