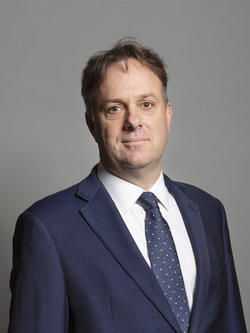 North Yorkshire Police has been awarded £548,980 as its share of the government’s new £25 million Safer Streets Fund. The Safer Streets Fund was an important Conservative manifesto commitment at the December 2019 general election to improve general security in communities especially impacted by ‘acquisitive crime’ such as car theft, robbery and burglary. This is

As we approach August, the absence of a virus flare-up thus far has allowed...

The Department for Education have announced the latest round of per-pupil school funding increases...

Julian Sturdy MP has welcomed the announcement that the Government will provide £589 million...

Julian spoke to Jonathan Cowap on Mid-morning on BBC Radio York to discuss government plans for testing and the announcement that a new drive-thru testing site for NHS staff is opening at Poppleton Park & Ride.

While it is going to be difficult for the Government to reach their target of 100,000 tests per day by the end of the month, opening this new testing centre at Poppleton Park & Ride as part of a UK-wide drive to set up fifty regional testing centres will allow key workers to be tested and return to work if they return a negative test.

Listen to the full interview from roughly the 1:33:30 mark, here: https://www.bbc.co.uk/sounds/play/p088wqgw